"No man is punishable or can be lawfully made to suffer in body or goods except from a distinct breach of the law established by ordinary courts of the land." A V Dicey
(Except in LibDem run Stockport)

Mr. Parnell, the Town Hall protester, adopted two girls from Stockport Council. The girls had been placed with Stockport Council for adoption by Wigan council. They had had a terrible time with their birth parents. When they were first adopted they were receiving counselling from After Adoption.

Despite receiving over £600,000 to provide such services, the Council subsquently refused to fund the counselling.

Mr. Parnell asked the Council to re-instate this. As I know too well myself, it is almost impossible to navigate the Council's Complaints procedure under Mr Majothi.  After a decade of getting no help and his girls getting more and more troubled, Mr. Parnell decided to stand on the Town Hall steps until someone listened to his plight.  Instead, they had him arrested.  Hundreds of custodies, many, many arrests, nights in a police cell, many court appearances, many dropped on the day of the hearing, always one hanging over him and his family over the Christmas period, sentenced to two years house arrest 8am to 8pm so he couldn't even visit his dentist, multiple incarcerations in tough Forest Bank Prison.

What had this man done?  Asked the LibDem Council for counselling for his two daughters adopted from Stockport Council.  These are the LibDems who pontificate their belief in human rights!

They accused him of assault with a sneeze.  He was found guilty and sent to Forest Bank prison, despite being in very serious ill health.

When this case finally went to appeal at the Crown Court in a 3 day hearing which cost you and me tens of thousands of pounds, the security guards were found to have lied in court, the Assistant Chief Executive of Stockport Council failed to turn up in court. The police said they contacted him about 9 times asking him to attend but he didn't bother to return their calls or emails.  Judge Bernard Lever said: "When Mr Ged Lucas was asked to appear before this court he ran for the hills.

I have today 10th November 2012 at 18.17 sent this to Peter Jones, senior council officer responsible. I don't actually have any confidence that Mr. Jones will do the decent thing.  I might be surprised, but I doubt it:-

I have taken expert advice on this matter and say to you the following:-
This is a litany of non-communication, deliberate or not, failure in all areas of entitlements, payments, acknowledgments, demands for non-existent liabilities - the Parnells appear to have been driven by the Council's actions into problems which should have had no place in their troubled lives. Apart from their courage against the odds, there is no sense of co-operation from a hapless Authority (which does echo other situations I have met with in the same Authority - is their kind of chaos simply explained by a universal malaise in these local government organisations?) and I have, as is my norm, dealt, as far as I can, with complex legislation, unbelievable incompetence and downright stupidity bordering on vindictiveness. I recall the previous incidents of access to "City Hall" spitting accusations and bullying.


I look forward to your comments as to how this disgraceful situation can be sorted out and shame on you, Mr Jones, that it has not been done before. You have my letter of authority to act on Mr. Parnell's behalf and I shall put any response from you, or lack of one, up on my website, which is getting a surprising number of visits.


----- Forwarded Message -----
From: MICHAEL PARNELL <mickysara@btinternet.com>
To: sheilaoliver <sheilaoliver@ntlworld.com>
Sent: Monday, 12 November 2012, 3:14
Subject: Fw: Reporting to the Police Reply
Dear Sheila
Mike here, Hello how are you, hope you are well,
the liberal security democratic protecters have done it again, so that i couldn't ask a question at the full council meeting last thursday 8th November 2012, they had the police arrest me at 14:23 hrs for a section 4A public order offence and was forcefully put on conditinonal bail ( not to go to fred perry house ) being released the next day at 00:03 hrs 9th November 2012, and conditioned to attend court on the 22nd November 2012, ............

Stockport council was responsible for these tragedies. The serious case reviews led to guarantees that the council would assist people who came to them for help with vulnerable children. With the town hall protester, although they had a legal duty to help him, they repeatedly sent him - a sick man - to prison.

You and I paid possibly hundreds of thousands of pounds in police, prison, court and appeal court time over this alleged assault with a sneeze. The Council security guards were found to have lied in court. Although acquitted of the assault with a sneeze, the control order remained in force.  How anyone can continue to be punished for a crime of which he was acquitted is beyond my understanding, but that is what happened.

Mr. Parnell didn't commit the assault with a sneeze. He was acquitted after the council security guards were found to have lied in court. Why then did the restraining order remain in place?  Barry Khan, Council Solicitor, was fully aware of this miscarriage of justice, yet continued to have Mr. Parnell persecuted, including having him arrested three times over one weekend alone for trying to report a Data Protection Act breach by the Council which was putting him at serious risk of fraudulent use of his identity.

If Mr. Khan doesn't understand the law or has no respect for it, then he shouldn't be Stockport Council Solicitor.


Mr. Parnell was acquitted in January 2010 of the assault with a sneeze for which he has given the restraining order, so why has he 5 breaches (each carrying a possible prison sentence of 5 years) in February and March 2010?

Is Barry Khan a fit person to hold public office as Council Solicitor?  He was fully aware of this miscarriage of justice and compounded this injustice many times over in the following years?

Are the LibDem Executive councillors fit to hold public office?  Is the Chief Executive?  They were all made fully aware of what was being done to this innocent gentleman, who only ever peacefully asked for counselling help for his troubled daughters adopted from Stockport Council.

Why would Mr. Parnell be in 5 breaches of a restraining order in 2010 when he was acquitted of the crime of assault with a sneeze when the council security guards lied in court?

Why would he get a restraining order placed upon him when the charges of assault against him raised by the council security guards who threaten to kick the f*cking heads in of foreign football supporters were dismissed?

What on earth has Barry Khan, Council Solictor, been doing in allowing this appalling miscarriage of justice to continue?

Why did Mr Parnell's local LibDem MP - Andrew Stunell - not assist him?

Is Mr Khan a fit person to hold the position of Council Solitictor at Stockport if he is wilfully blind or worse an instigator of this abuse?

Mr. Parnell got the restraining order for this assault, of which he was acquitted and council security guards lied in court.

Why did the Leader of the Council send me this sensitive information about another council taxpayer when at that time there was no functioning authority in force for me to act on Mr. Parnell's behalf?

Why wouldn't the Council's Complaints Team deal with this breach of the Data Protection Act?

"I hope you will forward this information to your media friends, if you don't be assured I will."

Why is the Leader of Stockport Council continuing to pursue his vendetta against this completely innocent man - not only continuing to have him arrested despite the full facts being brought to his attention, but also telling all and sundry about his conviction, of which he was later acquitted because council security guards lied in court where they were found to have threatened to kill him, and kick his f*cking head in.

I raised this matter with the Chief Executive of Stockport Council, and Mr Anwar Majothi, Complaints Officer, but in all this they found nothing wrong at all.

I have to question whether Mr Boylan or Mr Majothi are fit people to hold public office.

Why did the Crown Prosecution Service refuse bail for this innocent, very sick, peaceful protester? Why did the Leader of the Council send me a CPS copy of his bail notice? Why did no-one in the Council deal with my complaint about this abuse of Data Protection issues (yet again) in a proper manner?

I posted the Town Hall Protester details up on the What Do They Know site with his full permission.  I did this in a desperate attempt to stop a man driven to attempt suicide by these heartless officials from being repeatedly sent to prison and being hounded for council tax arrears which he simply did not owe.

I got my legs slapped by the What Do They Know website team, but this man is completely innocent of any crime.  I had to do my utmost to prevent this horrific abuse of him and his lovely family from continuing.

The town hall protester owes no council tax arrears (I have seen his electronic council tax records held by SMBC), yet they keep hounding him and sending in the bailiffs for money he doesn't owe.  They remove money paid for later years to pay off non-existent earlier years arrears, then claim he owes them money. When he tries to point out in the Magistrates Court that he is up to date and there are no arrears from years ago, he is told they don't go into "history".

It is well recognised in law that Magistrates Courts are  often not impartial places; certainly not in Stockport.

Please see above the complete hash the Council has made of his council tax.  If he were to try to access Citizens Advice as is his human right, he would be arrested and subjected to 5 years imprisonment for an ASBO imposed on him for a crime of which he was acquitted and the accusations of assault were found by the court to be lies.

Barry Khan, Council Solicitor, knew all this. I told him. Why did he allow this deplorable situation to continue? Is he a fit person to hold public office?

A litany of non-communication, deliberate or not, failure in all areas of entitlements, payment acknowledgments, demands for non-existent liabilities - the Parnells appear to have been driven by the Council's actions into problems which should have had no place in their troubled lives. Apart from their courage against the odds, there is no sense of co-operation from a hapless authority (which does echo other situations that have been met with in the same Authority - is this kind of chaos simply explained by a universal malaise in these local government organisations?) and this involves complex legislation, unbelievable incompetence and downright stupidity, bordering on vindictiveness - recalling the previous incidents of access to the town hall, spitting accusations and bullying.

I hope Mr. Jones will "recover" some order into this matter. 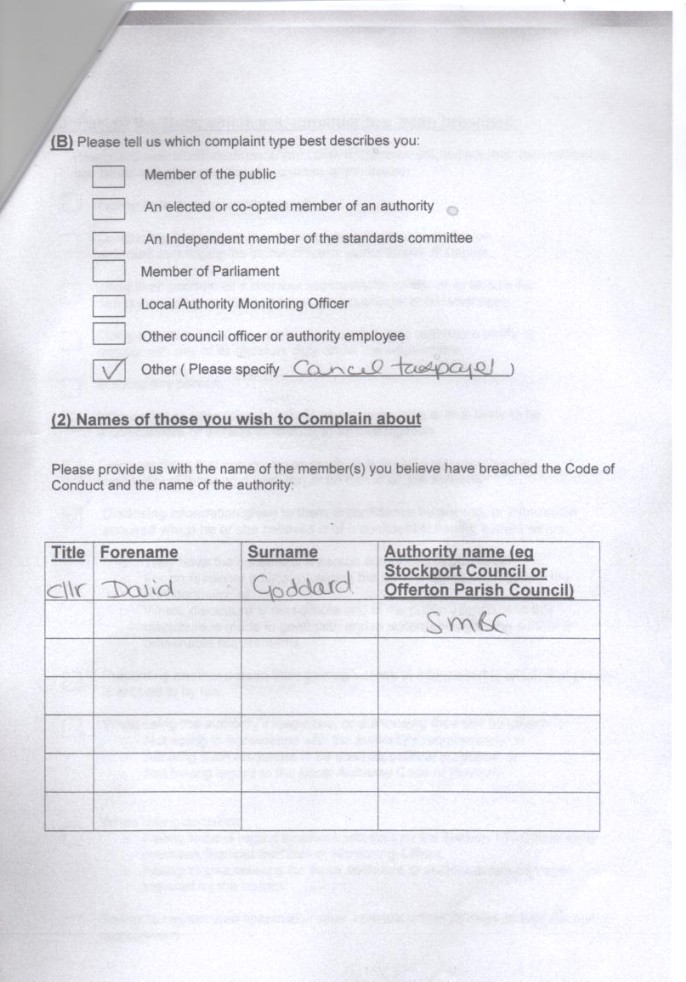 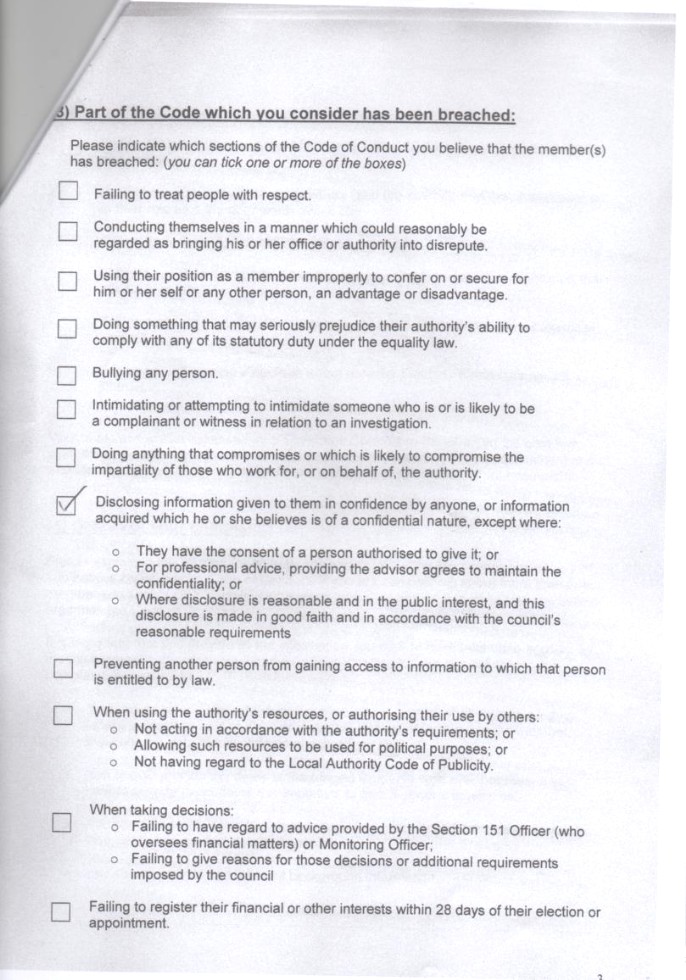 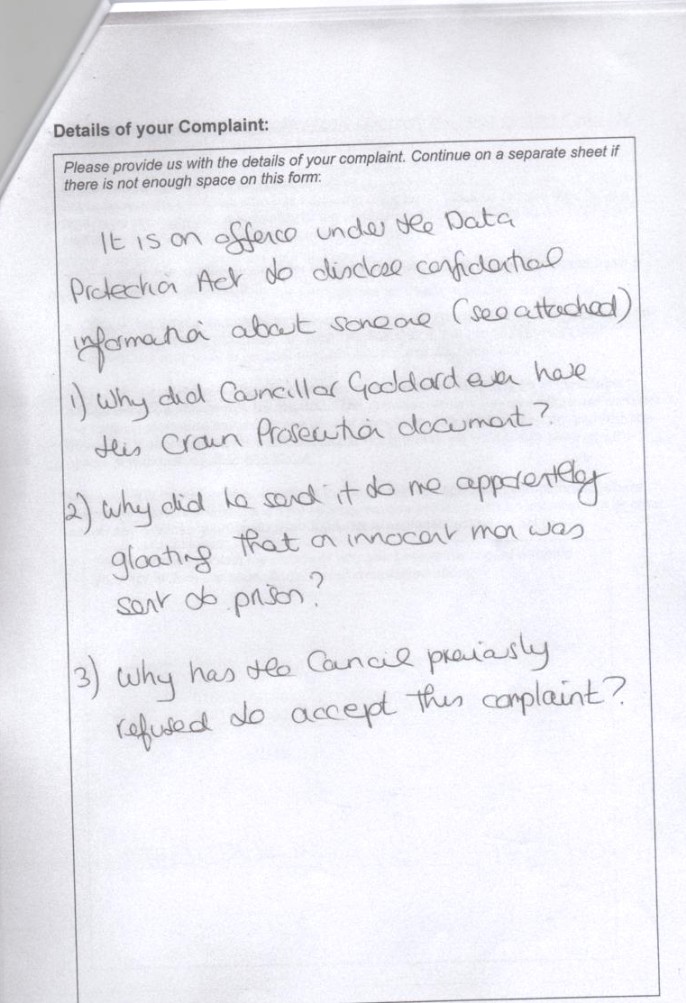 It is impossible to get complaints dealt with at Stockport Council under Khan, Majothi, Derbyshire, Schulz, Boylan et al.  However serious they are - they don't get dealt with, which was the root cause of Mr Parnell's problem.