1,140 primary school places short, so why deliberately build a school too small? They are needed in 2014 - just one year to go. Why didn't the Council know this? Cheadle Hulme, Reddish, Brinnington and Hazel Grove have seen the largest increases in population.

Leaving such a large project to the last minute is risky - some children may end up without places.

The Council was too quick to close primary schools in 2006-2007, such as Springwood, Barrack Hill, Peacefield. Stockport Council is inept.

A major consultation is under way, which includes £7.4 million of proposed expansion - costs usually double.  There are to be major building projects at six schools.

If the problem has been known about for a while, why the last minute chaos? 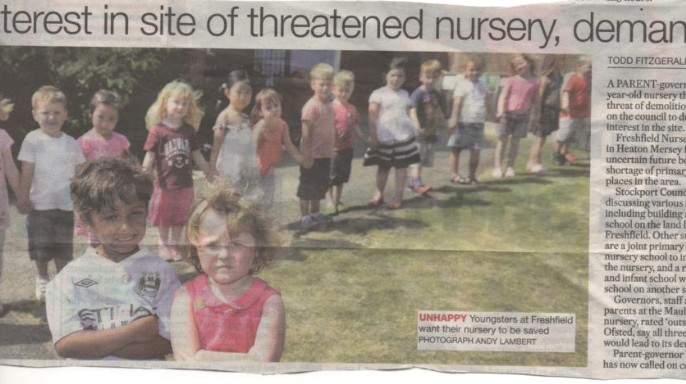 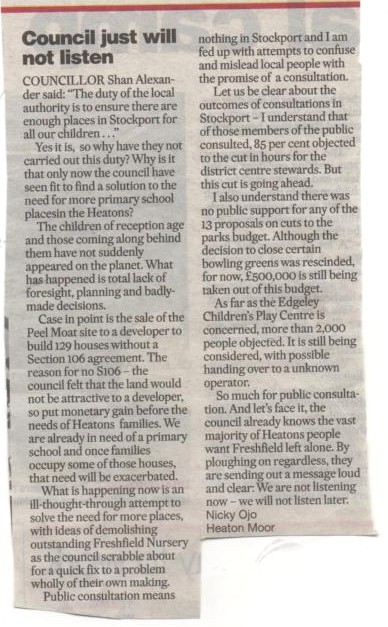